The market has kept its positive momentum despite intraday correction and managed to break our first benchmark of sustaining a close above 31800 +/- 100. Now 32400-33600 +/- 100 remains the next hurdle. We reinstate our cautious approach to protecting profits once again while index must break and trade above 36300 +/- 300 points to enter a major bullish territory.

Another winning close of the week with average WoW capitalization growing by PKR +260.76 billion.

Looking forward, we expect the positive momentum to continue with some risk defined in the OEP sector which is in turn dependent on OPEC+ summit. Thursday negotiations have been marred by Mexico's walkout but since then they have returned to the table and agreed to output cuts under a deal brokered by President Trump himself ( link-1, link-2 ).

Edit 11-Apr
As per Bloomberg report, Mexico still poses stiff resistance to OPEC negotiations which have delayed the Aramco release of April OSP (link-1). Mexico's secret trick under the sleeve is its state policy to hedge oil against low prices (link-2). 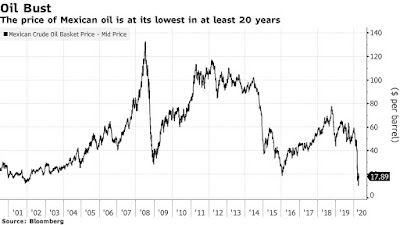